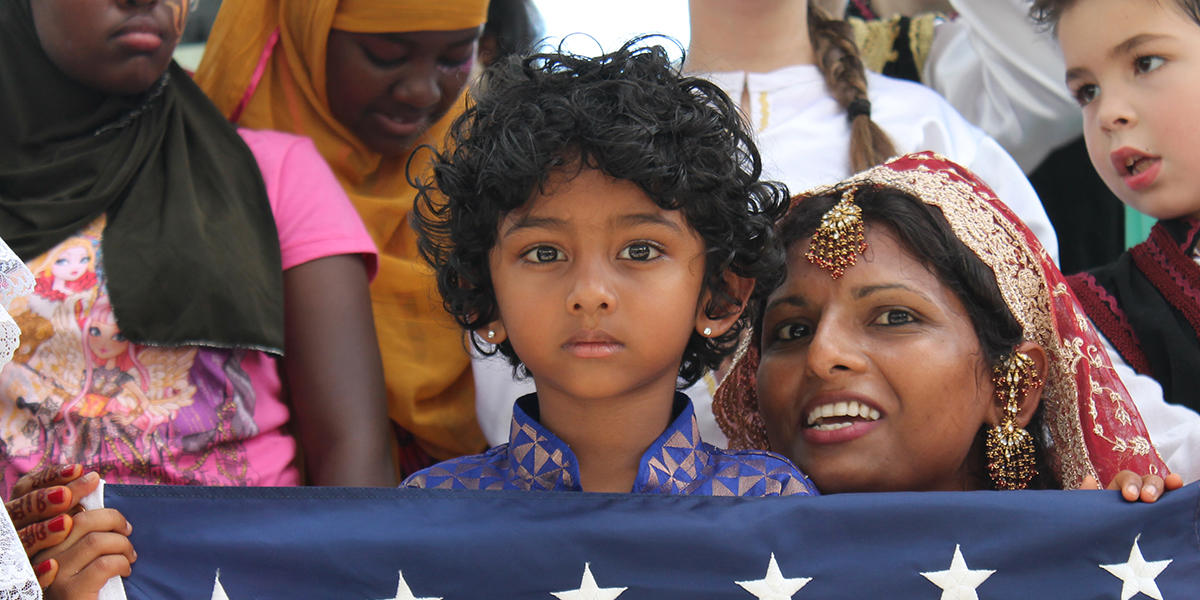 Build Common Ground in Your Community by Hosting a Welcoming Week Event.

During this annual series of events through Welcoming America and its partners, communities
bring together new and long-time residents to build strong connections and affirm the benefits of
welcoming everyone – including new Americans.
It’s a time of immense challenges for our country and the communities we serve. We are
becoming polarized, and too many Americans have been uprooted by the sense that they no
longer belong. The values we stand for and the people we serve face grave threats.
At the same time, many people are standing up for their neighbors and affirming that our country
is a place for everyone, weaving together new and long-time residents so that we can all be part of
the fabric of our shared future.
To change the rhetoric, to shape the immigrant experience, to affirm our values and live up to
them as a nation – this is an enormous task and will take all of us, working together. But never
have we been such a powerful movement.
Welcomers are leading the way in communities across the country, and our movement is
40 million strong and growing. Celebrate Welcoming Week, and show the world how your
community welcomes everyone, including immigrants and refugees.

As the face of America changes, communities have a choice to make. Will they provide new Americans the opportunity to fully participate in civic, social, and economic life – and in turn, benefit from the talents they bring? Or will they turn away an innovative and entrepreneurial group of people who can help all residents thrive?

During this time of great uncertainty and fear for so many, Welcoming America stand shoulder to shoulder with you in our belief that welcoming must be an essential part of our collective future. Making sure all Americans – including immigrants – are able to participate fully in our communities will lead to greater prosperity for everyone; and it is also simply the right thing to do.Research has shown that immigrants are vital contributors, and communities can positively shape their destinies through inclusive policy and culture. With these trends, strong communities in the 21st century will be those that intentionally connect and actively include diverse people of all backgrounds.

David's award-winning concept has gained recognition nationally and internationally. In 2014, the United Nations Alliance of Civilizations and BMW Group named Welcoming America as one of the top five recipients worldwide of the Intercultural Innovation Award to honor Welcoming America’s wrok in promoting intercultural understanding.

Currently, Welcoming America is working in 400 communities across the United States and engaging in projects in Australia and Germany.